The anti-Semitism before 1933, the emigration, the pogrom of 10th November 1938, the deportation to Camp Gurs on 22nd October 1940 and the extermination in the death camps in the East are pinpointed closely and concretely related to Gailingen.

It is informed about the destiny of victims and survivors, but also about perpetrators and about people, who in critical situation proof moral courage.

The UNRRA-camps after the war as well as the setting of the memorial stone on the Jewish cemetery on 19th September 1948 are documented. 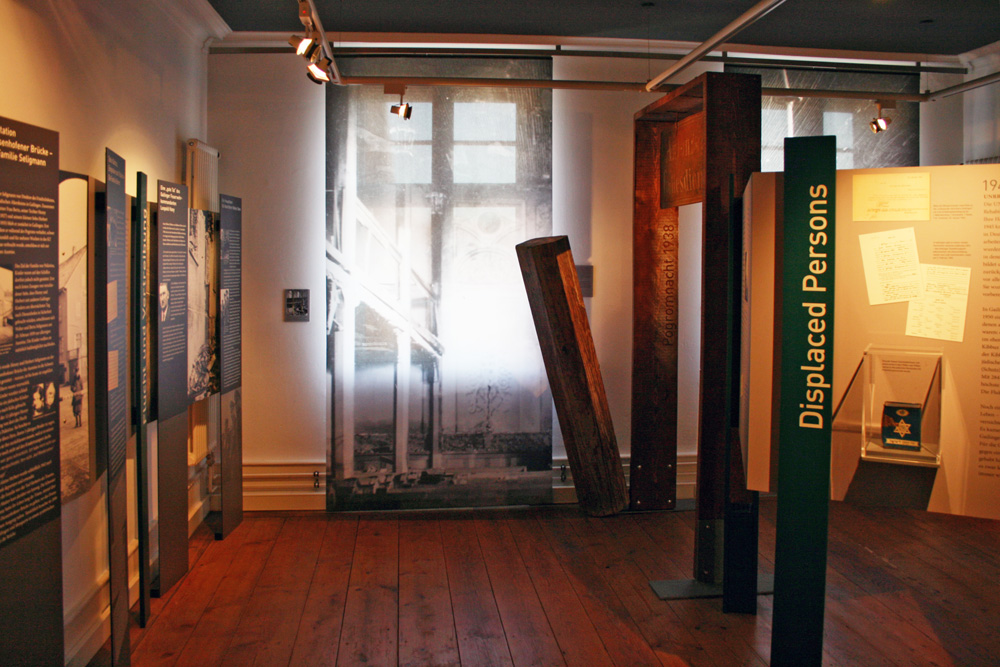