The long and the arduous way from the protected Jew (the seigniorage of Jews) to a citizen having equal rights came to an end in 1862, after the liberally ruled Grand Duchy of Baden as the first German state granted unrestricted equality. The Jews of Gailingen revealed civil, social and political engagement during the Revolution of 1948/49, as councils of the political community, during the war against France 1870/71 as well as during the First World War.

The election of the Jewish citizen Leopold Hirsch Guggenheim as mayor and his administration to the benefit of the community of Gailingen have been of great importance and found great attention. 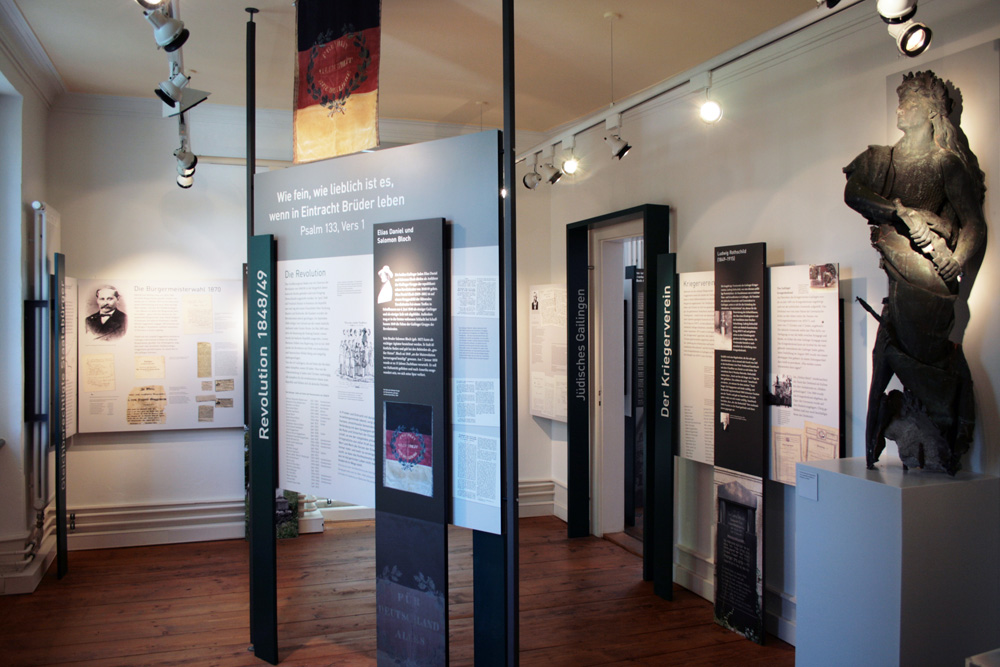